A little town with a small and rolling point break nestled into a corner of the West Javan coast isn’t the first place that springs to mind as the destination for epic Indonesian surf.It has its share of classic waves, tropical beaches and primo spots peppering its shoreline, the Indian Ocean grooming swells and unloading them on reefs sculpted over a thousand years by the lunar ebbs and flows. But, its fickle nature, the easily accessible Bali to the south, and the mind-melting perfection of the Mentawais just a hop, skip and boat trip to the north, it is often seen as a stop-off more than a final destination. A fly in and long, bumpy, eight-hour ride to the coast often deters many surfers, but with time and patience, can be worth the effort.This transient coast is the place Deni Firdaus – affectionately known as Deni Blackboys – calls home. 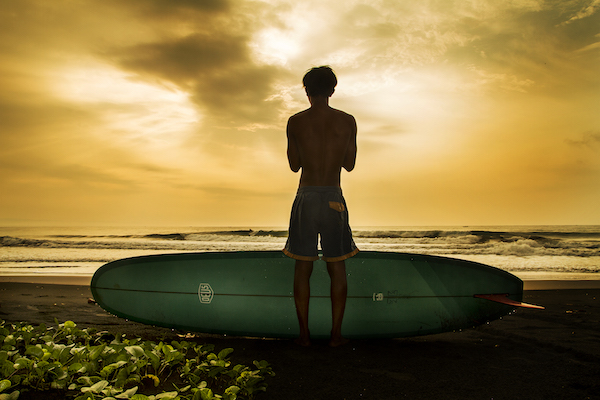 Locally born and bred, Deni’s surfing started, as the majority of local kids, on shortboards. But with breaks getting more and more crowded, at least by his standards, he opted for something with a little more length a little over three years ago.

He’s a man of few words, but his surfing already speaks volumes. Inspired by fellow local, Husni Ridhwan, and gifted a Thomas Bexon board by director of Deus’ Temple of Enthusiasm, Dustin Humphrey, he showed a natural affinity with the traditional style, and his surfing improved rapidly.

“There are not so many longboarders here, most of them ride shortboards,” Deni says of his home breaks. But the handful there were, plus a trickle of visiting international surfers, provided more than enough visual stimulation and inspiration.

“When Harrison [Roach] and Zye [Norris] came to Batu Karas, I learned from them by watching. The really showed me how to longboard.” 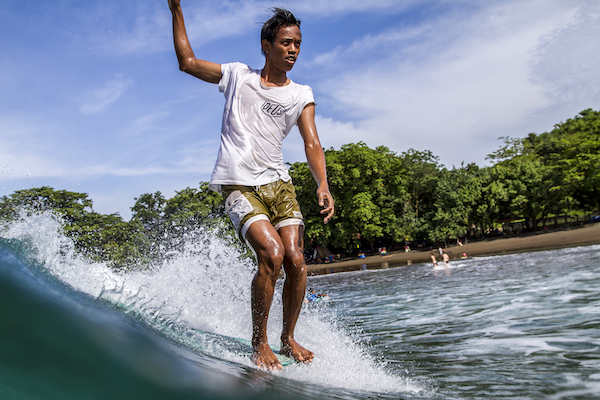 Whether he kickstarted the trend or simply pre-empted it, his home breaks are now seeing a growth in longboarders. Its perfect waves trickling along an immaculate point setup make it the ideal spot for heavy-glassed, flat-rockered singlefins and Deni has found his calling.

“I still remember really clearly the first time I saw him,” recalls Harrison. “We were just leaving and getting in the car to go home, and I remember turning round and looking out at the point and seeing this kid just ripping. We thought we’d seen everyone who could surf well in the area, but this tiny little kid was killing it.

“I asked Husni who it was and he said, ‘that’s Deni – he’s only been longboarding for six months or something.’ He had good style, riding one of Thomas Bexon’s ten-foot boards and it was pretty obvious then that he was a pretty talented kid.”

But this wasn’t a one-off, and return visits by Harrison have seen him witness the exponential advancement of the young surfer:

“Going back there every year and watching him progress, his surfing is as good as almost any. He’s done stuff that I’ve been amazed by and he’s got such a smooth and casual style – it’s incredible.”

“Longboarding, for me, is better than shortboarding,” Deni reflects. “I’ve met so many people through it and made so many new friends. Before, there were not so many longboarders, but now, more and more grommets are starting to longboard. It’s a really friendly place to surf.” 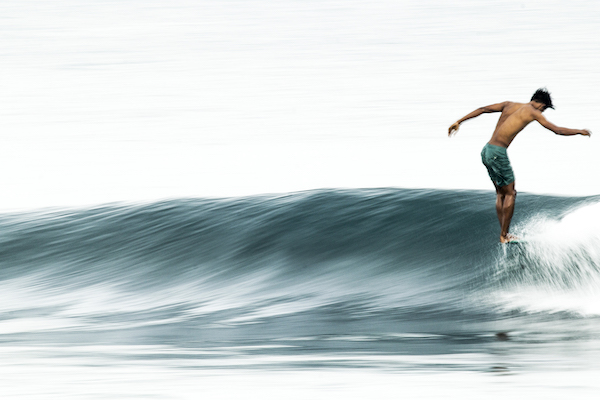 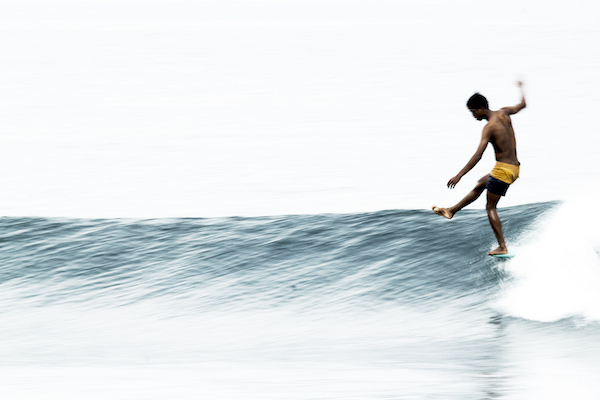 Deus has helped support his growing talent, providing him with boards and gear, as well as assisting with his schooling, which he concluded just a few months ago. A humble young lad, ever-smiling and always quick to share a wave, Deni’s humility extends to his future. While some might grab their passport and never look back, traditional values remain close to his heart.

His father, a single parent after Deni’s mum passed away just a few years ago, works at a local hotel and Deni is planning to take on his part at supporting his family.

“I want to learn more English and find a job to help my family, giving surf lessons and doing ding repairs, but I do also want to travel with my surfing.”

As more and more images emerge of him and his home breaks, the future is sure to be one of change for Deni Blackboys. Tourism is increasing, offering finance for the town and providing Deni with an income, and the small-town kid is fast becoming recognised around the world for his sublime talents. 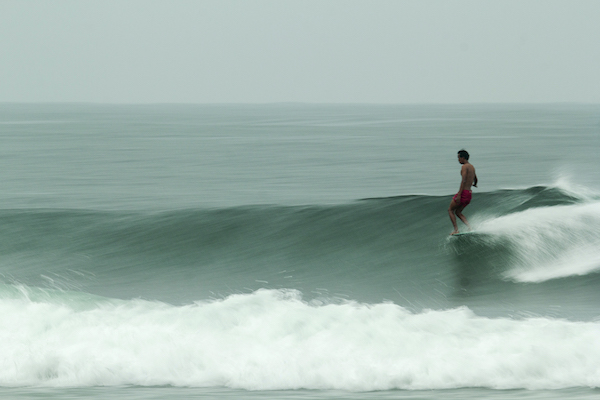 Returning to Canggu for this week’s Deus Nine Foot and Single, it’s clear to see the friends he has made through his surfing, high fives and smiling embraces amongst the host of locals and visiting competitors alike. It’s also clear to see that a year with the endless point waves of his home under his feet has provided the perfect extra-curricular classroom for his skills.

His infectious passion and continually expanding talents are sure to take Deni far, whether on numerous worldy trips or on a more permanent basis but, for now at least, there’s no place like home.

With thanks to Giang Alam Wardani for images.

The flaws in our perception. We give reason to the

Every moment, nature begs of us to listen. Her wis

“Why do you give so much?” He said, stroking h

Accept enough. Peace lies in simplicity, in our ab

We feel we are so wise, we know it in the hollowes

What is this emptiness, this loss, this craving fo

Nobody knows the world you see. No one else is su

We are driven from birth to conform, to fit the mo

Last decade nearly took my life; Next decade is go