Custom bikes invariably have a story; previous owners, previous homes and previous lives that are rarely known, often untold, but ingrained indelibly in their personality. 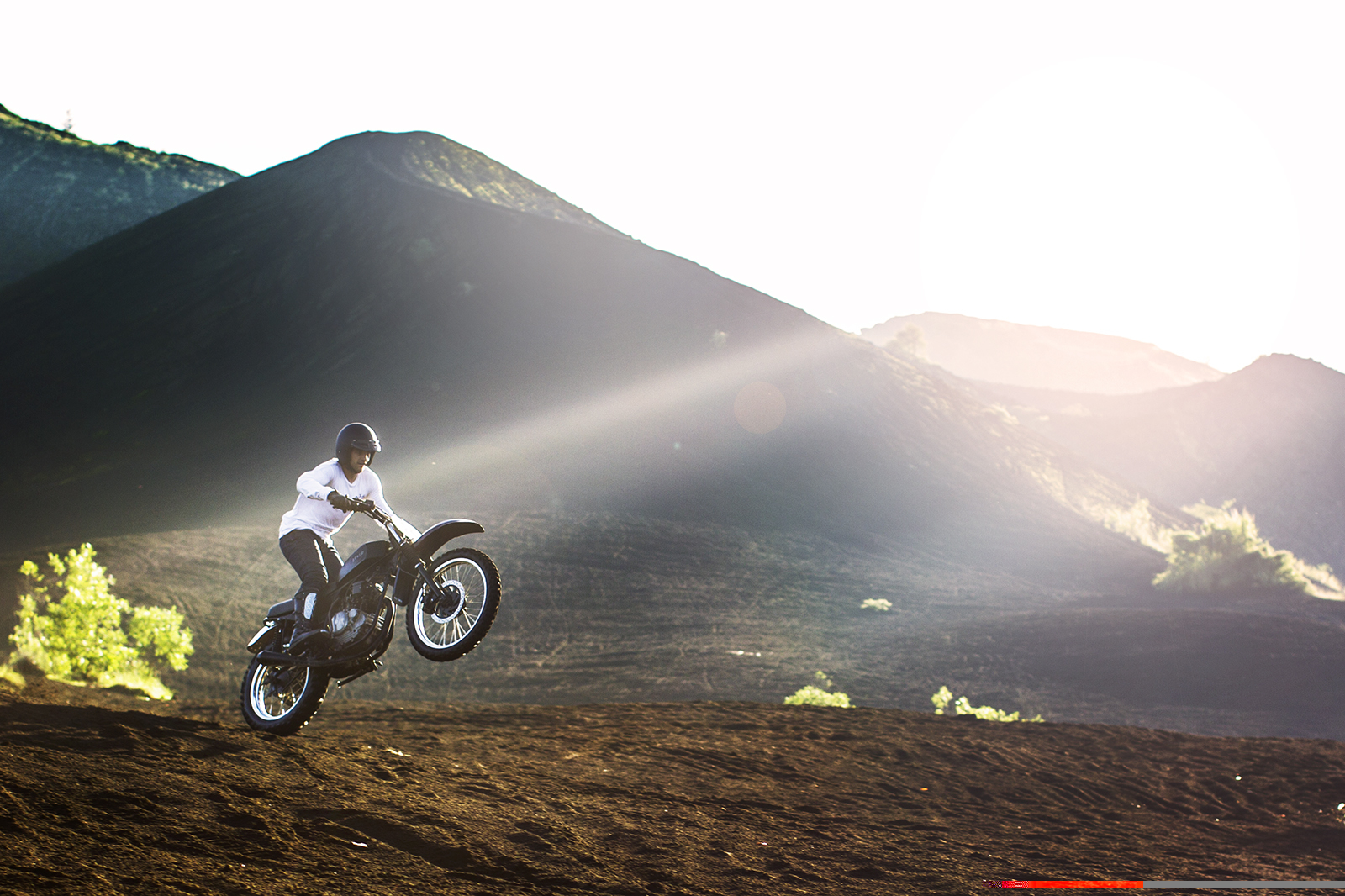 Deus ex Machina breathes life into old steel (many are new), whether it’s boring out the engine, handcrafting a custom alloy tank or even as simple as a fresh lick of paint. But the journey of the Bali Dog not only encompasses all of that, it also goes far beyond.

In 2008, looking for a hobby to take his mind off of the high-pressure life of a fashion photographer, the soon-to-be director of Deus Indonesia Dustin Humphrey began tinkering in his garage. His passion for vehicles of the two-wheeled variety soon intoxicated his friends and, coming to him with a stock-built, plastic-dressed Yamaha Scorpio, his friend Steve Titus asked Dustin for a makeover worthy of a California princess. 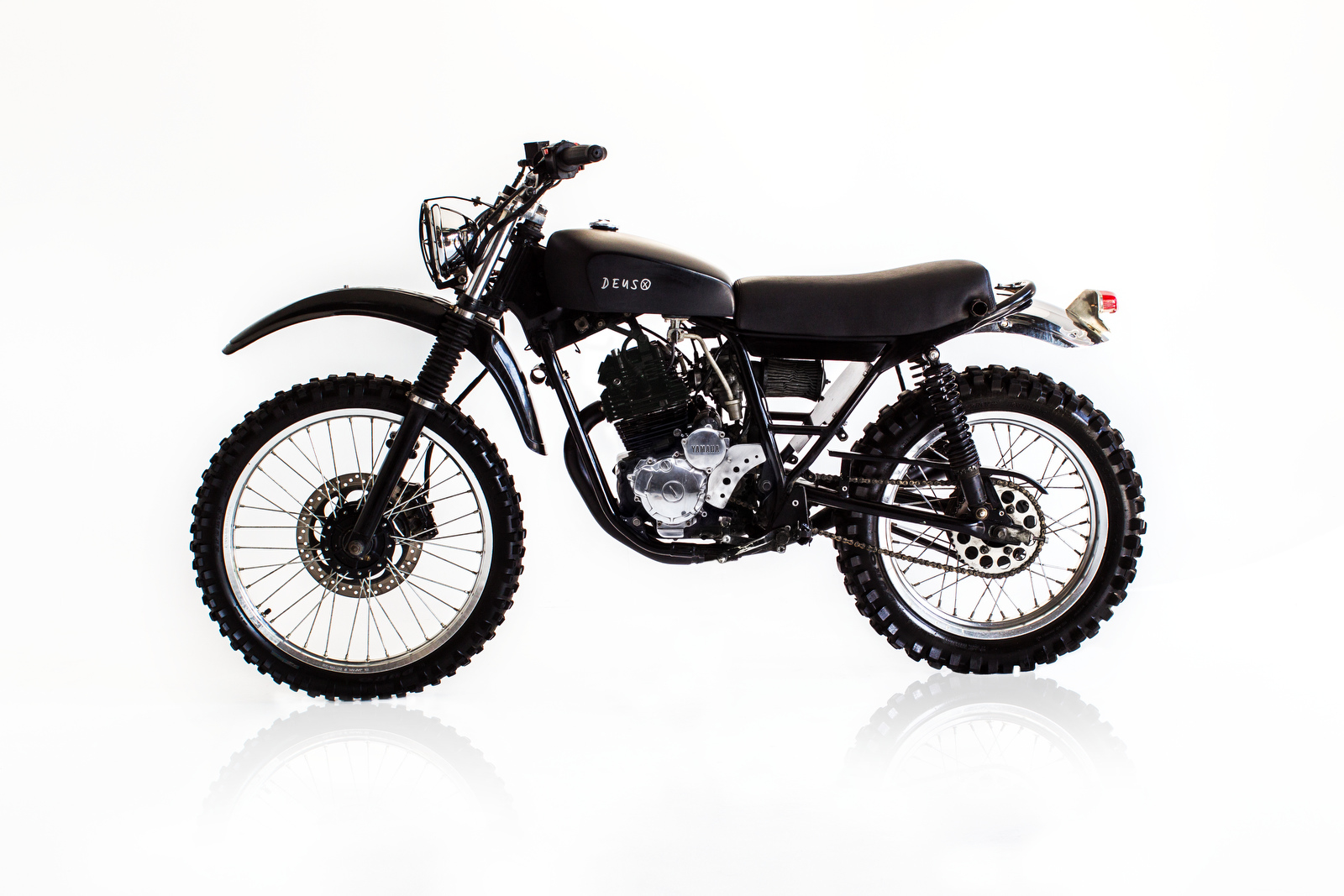 Coincidentally, around this time, Dustin joined forces with Dare Jennings and Carby Tuckwell and launched the Deus Temple of Enthusiasm in Canggu, Bali. What started as a personal project became the first bike to emerge from the bengkel of Deus Bali – and the Bali Dog was born.

Based on the Deus Australia Drover’s Dog model, it stripped off the gaudy plastic and standard components replaced it with bespoke fenders, custom fittings and a bunch more class. The daily commuter became a sleek, custom bike built for the diverse Indonesian terrain and the mongrel roared to life. But, as with so many of Deus’ reinventions, this wasn’t the end of the Bali Dog’s story.

Since those early days of Frankenstein creations, the Dog has been reimagined more times than can be counted, repurposed for long road trips across the archipelago, remodelled for off-road terrain and ridden in a hundred locations across the Indonesian island chain. Seats have been swapped out, bars have been replaced, tanks have been hand-built and redesigned and in each guise it has become unrecognisable from the beast it was before. 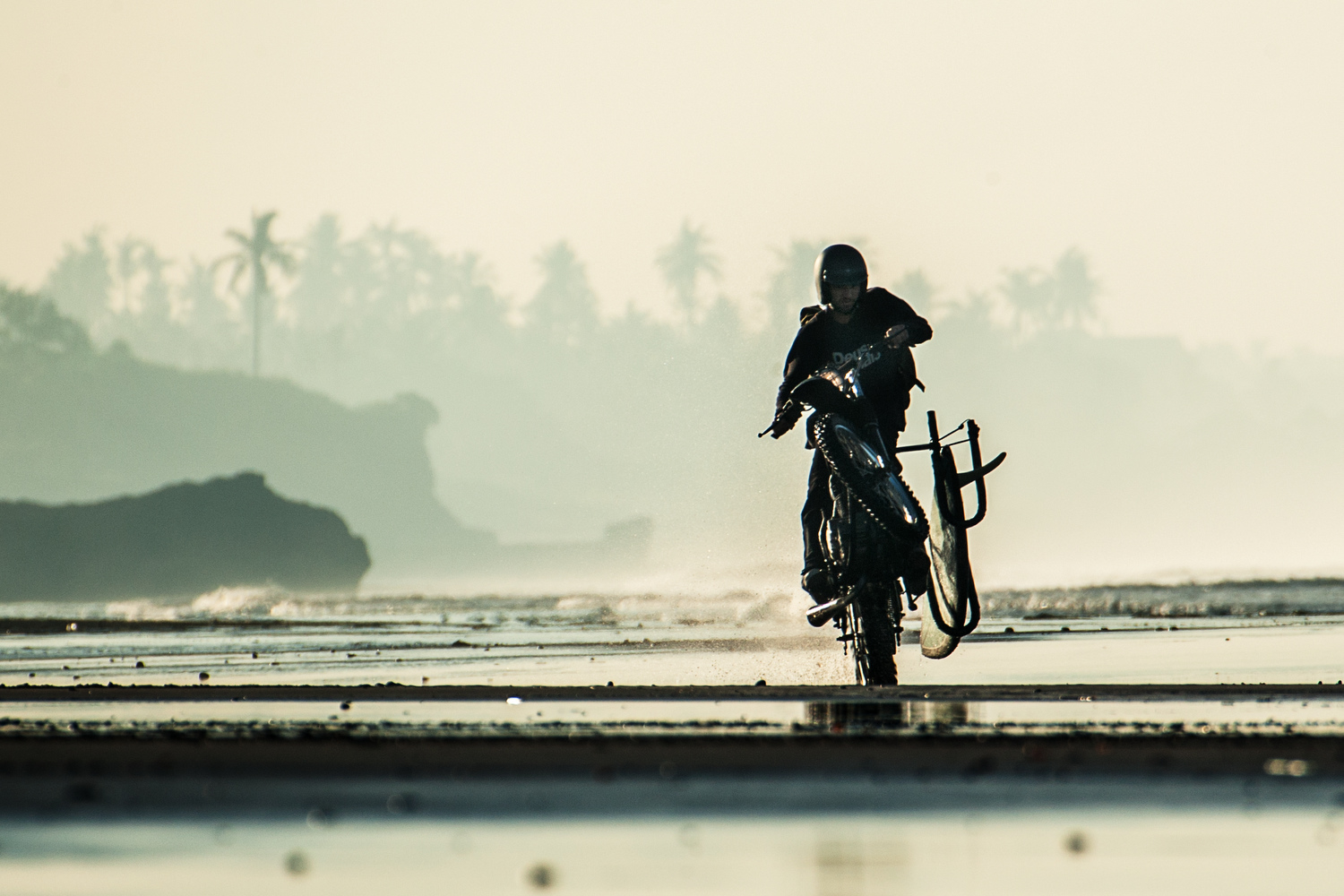 But the heart of the Dog beats on. Though its disguise may have changed, it is one of the most publicised, documented and photographed creations of the international Deus stable. Short films, road trips, getting grubby on enduro or sliding a berm at the track have placed the throttle in the hands of myriad riders, each taming the Dog in their own ways, bringing their skills and styles to a bike that is anything but predictable.

From Lombok to Java, the Bali Dog has marked its territory, lines in the dirt, not trickles on lamp posts, tracing its tale from north to south and featuring in the Deus cinematic library. When the fresh tyres roll from the grimy floor of the bengkel and feel tarmac beneath their treads, so a new chapter begins, a dog with nine lives and more.

In its latest incarnation, the Bali Dog has adapted once more. Featured in the upcoming Deus film, Dust, the bike has been given yet another overhaul, allowing it to venture into new realms, as an off-roader for enduro and mountain trails, yet retaining road bike functionality for long days in the saddle. 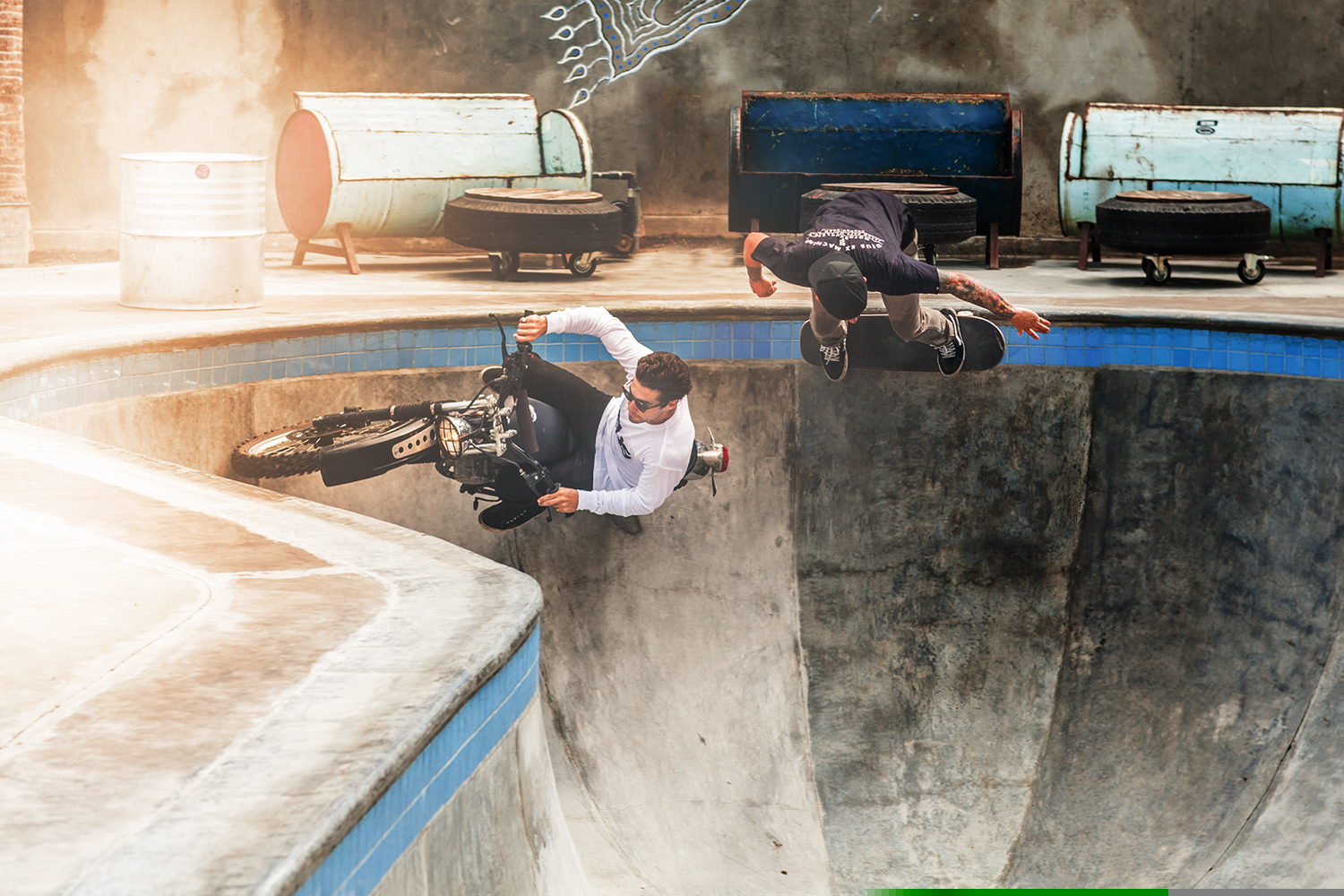 The Deus Temple bengkel taught the old dog new tricks, kitting it out with Duro nobbies, off-market plastic fender for durability, 21-by-1.6 rims, Suzuki TS bars and a vintage lamp and one-off seat and tank purpose built to complete the sleek and sexy, matt-black fit out.

With Forrest Minchinton straddling the two-stroke, the horizons opened once more for this faithful hound, to the black-sand slopes of Batur, the diverse terrain of Lombok and innumerable spontaneous trips to Bali’s endless beaches. Faithful to its new temporary master, the Bali Dog was given another new lease on life, exploring virgin territories and tracing the words of a whole new story.

The Bali Dog remains the property of its original owner, the sole stipulation for its continued use that it is ready with a purring motor and a full tank of gas whenever it returns to his hands.

Until then, the Bali Dog will continue to evolve, different purposes, different riders and different adventures to pursue, but always with a canine heart.